skip to main | skip to sidebar

I JUST COULD NOT SAY NO 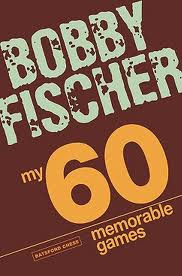 I was in the chess centre in london a couple ( click her for online store ) of days ago and saw Bobby Fischers my 60 memorable games for only £9.00.
I have been toying with buying this book for a while now,it has been priced at £14.99 recently.
But when i saw it at £9.00 i just could not say no to buying it and keeping on my "to buy" list,i bought it there and then.
I know i am proberly one of the last chess players to buy this book,or to have played the 60 games from it.
Although i have other Fischer books,this is Fischers games in his own words.
I am looking forward to playing over them.
After Batsford changed things in the their first version of the book,and Fischer did not like it they changed it back.
The only change from the original in this version is the notation is algebraic.
I will post my favorite games from this book soon.
Posted by chessx at Tuesday, March 29, 2011 1 comment:

First a happy new year to all chess bloggers. 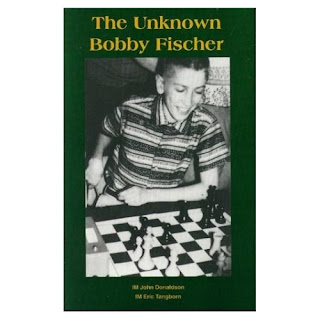 I have just finished reading a very good chess history book.
The unknown Bobby Fischer by IM's John Donaldsona and Eric Tangborn.
This book covers the early years of Fischer with snipits of information
from players/people who where Fischer friends at that time.
The book moves on to his 1964 Transcontinental tour giving reports and games from his displays.
The book is littered with photos of Bobby and other chess players.
Fischers displays in europe during the 1970's are covered included his last recorded game against
WIM Kathy Forbes who was covering the Fischer V Spassky 1992 return match for CHESS magazine.
The book finishes with some letters he wrote and a story about him in an Argentina chess book store.
Plus a list of books about Bobby and a list of works by Bobby himself.
Reading this book i felt it added to what i think i already know about Bobby Fischer,
it gives a side of a great player not normally seen.

The book is full of quicky games,but i give just 1 from a display in Columbus Ohio
may 18th.His results for this display were +48,=2.-0.

PHOTOS OF ME AT THE LONDON CHESS CLASSIC

First i would like to wish every one a Merry Christmas and a happy new year.
Recently i spent 2 days at the London chess classic tournament,watching the superstars and catching up with a few chess friends as well.
I was their for the first days play,and what a game Luke Mcshane had in beating Magnus Carlsen.
I was lucky to get a few words with Luke after the game,he was very down to earth, which is amazing as he just beat the highest rated player he had ever played.
I also got to talk to Micky Adams and Vladimir Kramnik(i have the photos to prove it).
Micky is a very nice person,and is willing to spend a bit of time talking chess to lower type players.

I also met Viktor Korchnoi who is a legend in chess but very grumpy when he is finished talking to you. 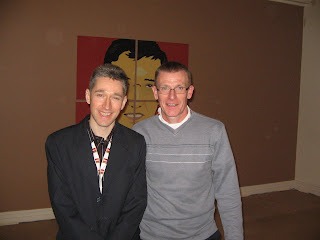 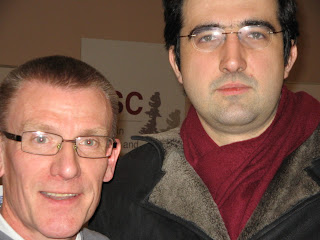 I had a great time watching the GM's and also some of the games in other tournaments.
Link to the London chess classic website click here

ONE MOVE CHANGED THE GAME

In chess 1 quickly played move can change the whole game.
In this game i am white and the time contol is 20 minutes each.
During the game i did not play well at all,i could not get my thinking
head going.
Then 1 very quickly played move by my opponent Mike changed the game.
His quickly played move was 31....Nf5,when he played this move he still had about 12 minutes on his clock,so being short of time was not the reason.
After the game Mike said he was thinking i would play 31.Qe2 then double my rooks on the h file.
So when i played 31.Qb1+ it sort of took him by surprise a little,and he just moved without thinking. Then it was an up hill struggle as he only has a pawn for the knight.
His passed pawn is not a threat at all.

DUMBEST MOVE YOU EVER PLAYED?

I am asking my fellow bloggers to post their dumbest move.
This has been prompted by the dumbest move i have ever played.
It was only a 5 minute game,but when i played it we both just could not take our eyes off the board in amazement.

I am playing white in this game with just less than a minute on the clock.
I reached out and picked up the pawn and moved it to f8 and swopped it for a queen!!!
Then it hit me,what a dumb move. 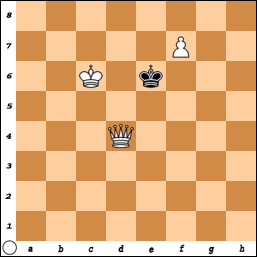 Yes i know it's stalemate,it is awful i was so shocked i did not press my clock button and my flag feel.

If you have a "your dumbest move" please post it.
Posted by chessx at Monday, November 08, 2010 8 comments:

WOULD I HAVE WON ON THE BOARD part 2

The game in the prevous post was won by me on time,but i was not sure if it could have been won on the board.
This is the position i saw in my minds eye as being the final drawn position.
White's bishop never leaving the a2-g8 diagonal. 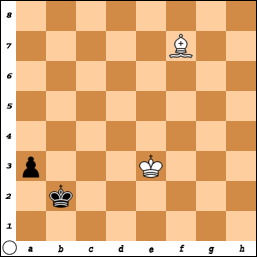 Most of you agreed it would have been a draw,but Tommyg came up with some good moves that would have given me a win.
This is Tommyg's position where his moves leaves me with 2 pawns. 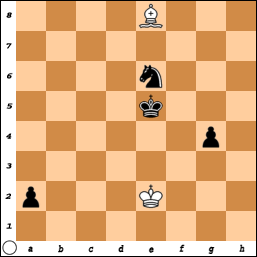 I must be honest i would never have made these moves,but Tommyg has shown what potential is in almost any position,even drawish looking ones.
Posted by chessx at Monday, October 25, 2010 No comments:

WOULD I HAVE WON ON THE BOARD

I played this game a few days ago and won on time.
It was a quick game 30 minutes each to a finish.
I had black and i think i played ok to a point.
But when it got down to my knight against his (i thought more active) bishop i did not think i could queen my a pawn.
But his time ran out,after the game Ronnie was certain i had a win,but i am not sure.

Could i have won on the board if we had more time?


My plan if the game went on was to get his c and e pawns and get a draw.
Yes i know it's scaredy cat play but i could not think of much else.
Posted by chessx at Sunday, October 24, 2010 11 comments:

I have just finished the book Russians versus Fischer,it has taken me a while to finish due to non chess reasons.
The book is published by Everyman chess in hardback,it is 462 pages long and has many photos.
The authors are D. Plisetsky and S. Voronkov.
The book gives all Fischers games against Russian players, some in detail spanning several pages, others just the game with minimal notes.
Throughout the book interviews are added from leading Russian players and Russian chess federation people about how to stop Fischer.
In one of these writen in 1975 by I. Bondarevsky a former trainer to the ill Boris Spassky (get well soon Boris),It says "The American often wins material without fully evaluating the consequences. He is not properly aware of his kings safety."
What is all that about,Fischer not aware of his king safety,my eyes nearly poped out when i read that.
The one thing that stands out for me in the book,is the Russians lack of understanding that Fischer was a fantastic player.Who was totaly dedicated to chess,first and last.
No other interests just chess,chess and more chess.
Playing over the games ,which are set out by tournament and or match,is a pleasure.
It has once again connected me to the great Fischer play.
I like this book not only for the great games,but for the lack of understanding the Russians had about Fischer for years,until it was to late.
Also this book only cost £10 from the London chess and bridge centre.
Posted by chessx at Sunday, September 26, 2010 7 comments: 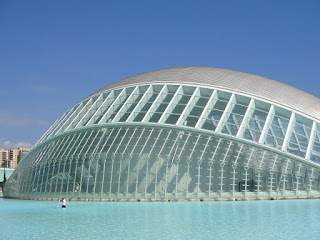 Hi chess friends just got back from Valencia,what a beautiful city.
It has old sections that have Roman and Moors influences,almost side by side with bang up-to-date buildings.
I saw the site where Kasparov and Karpov played their 25th anniversary of their first World Championship,match last year.Thats the photo above.
I also stood in what is the pits for the Valencian F1 Grand Prix,it is an old dock building now only used for the race.
Chess colums are in every newspaper outtheir,chess is an accepted game/sport in Valencia,as it is in Spain generally.
Chess is wide spread for children in after school clubs.
I was on the metro reading a chess book,and the person sitting next to me leaned in and started to read the book pointed the the diagram and suggusted a move.
Here in England people would look at this and think nerd,but in Spain chess is held in a higher regard than most places i guess.
Posted by chessx at Wednesday, September 22, 2010 2 comments:

GOING ON HOLIDAY TO VALENCIA

Hi chess friends i know i have only just come back to bloggland,but i am going on holiday to Valencia Spain for a week,to catch some sun.
We have not had much sun in England this summer,so i feel the need to bronze up a little.
Spain hosts many fine tournaments,perhaps the European home of chess at the moment?
Will post some photos when i come back.
Posted by chessx at Friday, September 10, 2010 8 comments:

PUZZLE OF THE DAY

QUOTE OF THE DAY